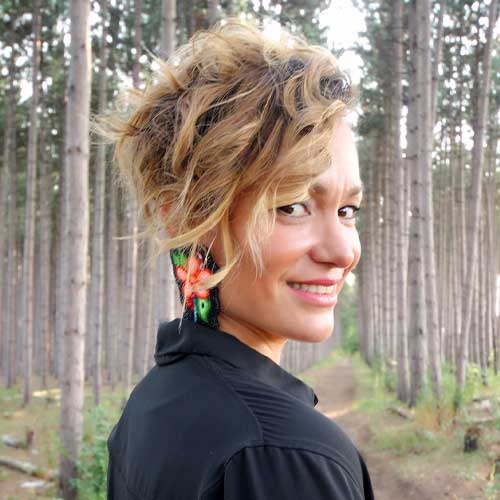 At the age of fourteen Waneek Horn-Miller was stabbed in the chest by a Canadian soldier—she was protesting a condo development on traditional Mohawk lands. While a photo of the event launched her into the public eye as a symbol of Indigenous struggle, Horn-Miller battled the very real trauma and PTSD that followed. On stage, she traces the path from the pain depicted in that picture to the strength depicted in her iconic TIME cover, an image of incredible power, poise and dignity as the first Canadian Mohawk woman to compete in the Olympic games.

Throughout her life, Waneek Horn-Miller has always stood up for what was right—as a mother, an activist, an athlete, and an entrepreneur. This has entailed hard choices, pain, and sacrifice. But this commitment has also made her one of Canada’s most inspiring figures. Previously, she assumed the role of Director of Community Engagement for the National Inquiry into Missing and Murdered Indigenous Women and Girls. By connecting the commission to victims’ families, as well as the public, she provided a recognizable and trusted face to an incredibly important initiative: one that seeks justice, raises awareness of violence against Indigenous women, and furthers the dual tasks of healing and reconciliation. 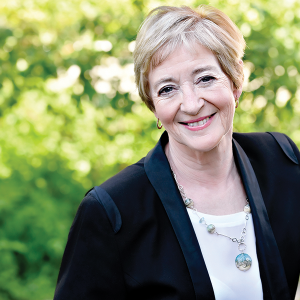 Maude Barlow is a Canadian author and activist. She is the Honorary Chairperson of the Council of Canadians, a citizens’ advocacy organization with members and chapters across Canada. She is also the co-founder of the Blue Planet Project, which works internationally for the human right to water. Maude chairs the board of Washington-based Food & Water Watch, is a founding member of the San Francisco–based International Forum on Globalization, and a Councillor with the Hamburg-based World Future Council.

In 2008/2009, she served as Senior Advisor on Water to the 63rd President of the United Nations General Assembly and was a leader in the campaign to have water recognized as a human right by the UN. She has authored and co-authored 19 books, including her latest, Boiling Point: Government Neglect, Corporate Abuse, and Canada’s Water Crisis; and Whose Water is it Anyway? Taking water protection into public hands.

Maude is the recipient of multiple honorary doctorates as well as many awards, including the 2005 Right Livelihood Award (known as the “Alternative Nobel”), the 2005 Lannan Foundation Cultural Freedom Fellowship Award, the Citation of Lifetime Achievement at the 2008 Canadian Environment Awards, the 2009 Earth Day Canada Outstanding Environmental Achievement Award, the 2009 Planet in Focus Eco Hero Award, the 2011 EarthCare Award, the highest international honour of the Sierra Club (US), and the BresciaLEAD Lifetime Award from Brescia University College in 2018. 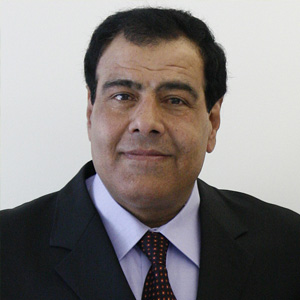 Dr. Izzeldin Abuelaish is a Palestinian Canadian physician and an internationally recognized human rights and inspirational peace activist devoted to advancing health and education opportunities for women and girls in the Middle East, through both his research and his charitable organization, The Daughters for Life Foundation. He has dedicated his life to using health as a vehicle for peace, and, despite all odds, succeeded, aided by a great determination of spirit, strong faith, and a stalwart belief in hope and family.

Dr. Izzeldin Abuelaish was born and raised in Jabalia Refugee Camp in the Gaza Strip and is the first Palestinian doctor to receive an appointment in Medicine at an Israeli hospital. Through his work, he has experienced firsthand the impacts of conflict in countries like Palestine, Egypt, Israel, Uganda, Yemen, Afghanistan, and Saudi Arabia.

Dr. Abuelaish has overcome many personal hardships, including poverty, violence, and the horrific tragedy of his three daughters’ and niece’s deaths in the 2009 Gaza War. He continues to live up to the description bestowed upon him by an Israeli colleague, as a “magical, secret bridge between Israelis and Palestinians”. He is now one of the most outspoken, prominent, and beloved researchers, educators and public speakers on peace and development in the Middle East.

Dr. Abuelaish founded Daughters for Life, a Canadian charity in memory of his daughters and to honor his commitment to women’s empowerment. Daughters for Life provides young women in high school and university the opportunity to pursue higher education to become strong agents of change and advocates of peace; functions of women’s vital role in improving the quality of life throughout the Middle East and the world at large.

Currently, Dr. Abuelaish lives in Toronto where he is an associate professor at the Dalla Lana School of Public Health at the University of Toronto. He remains deeply committed to his humanitarian activism in addition to his roles as a charity leader and inspirational educator.

Dr. Jacqui Linder is a registered psychologist and certified Clinical Traumatologist specializing in the treatment of posttraumatic stress disorder (PTSD). She completed her doctoral dissertation on the psychospiritual impact of childhood sexual abuse. Dr. Linder is the CEO of the Spiral Phoenix Trauma Institute in Edmonton, Alberta and the founding Clinical Director of Canada’s first treatment centre for sexually abused children. She is also a professor of psychology and Program Director at City University in Edmonton, Alberta. Dr. Linder has presented across Canada as well as in France, Egypt, Greece, Italy, Hungary, the UK, Guyana, and the Czech Republic.

Dr. Linder is an internationally recognized expert on the psychological profiling of survivors of human trafficking (HT) lecturing for the Canadian Police College, Interpol, and the United Nations Office of Drugs and Crime. She founded the Chrysalis Anti-Human Trafficking Network in 2010 and Canada’s National HT Roundtable the following year. In 2011, she co-founded Freedom Relay Canada, an annual education and fundraising initiative for survivors of human trafficking and exploitation. In 2013, Dr. Linder developed and launched the Human Trafficking Investigators Forum, designed to connect law enforcement personnel across Canada. In 2015, she co-founded the transpersonal researchers alliance. In 2016, she published a civilian trauma response protocol via social media to assist survivors of the Fort McMurray wildfires.

Dr. Linder has extensive training in both classic and complementary healing techniques including cognitive-behavioural therapy, exposure therapy, EMDR, expressive arts therapy, and ritual healing. She is an experienced facilitator and has trained over 12,000 frontline professionals on the mental health impact of psychological trauma.