The Award for Excellence in Research is presented by the Office of the Vice-Principal & Academic Dean to recognize the outstanding research and scholarly accomplishments of a Brescia faculty member. The award recipient is honoured at the Brescia Baccalaureate Ceremony in June as the Brescia Excellence in Research Professor (for the award year), and is invited to give a talk on their research during the award year.

Brescia Award for Excellence in Research - Call for Nominations 2020-21 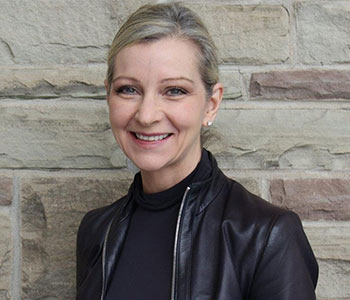 Dr. Marlene Janzen Le Ber, joined Brescia in 2015. Her research broadly focuses on the complex processes of leadership at both the individual level and at the organizational level and more specifically on the processes of social innovation that address issues of social (in)justice and (in)equity for vulnerable, disenfranchised and marginalized populations. The contexts for these complex processes of leadership include cross-sector partnerships, transdisciplinary teams, policy and social change, and women and leadership.

Dr. Janzen Le Ber’s research has been almost continuously funded by Social Science and Humanities Research Council (SSHRC) - as a doctoral student, a post-doctoral fellow (international), an early career researcher, and as a Principal Investigator (PI) of a large Partnership Development Grant (2017-2021) within seven years of graduating with a Ph.D., “Mobilizing Narratives for Policy and Social Change.” As the PDG PI, she leads a team of 7 academic and 6 community coinvestigators, 7 graduate students, 14 collaborators and 14 partner organizations. As part of this grant, she challenged the team to integrate indigenous ways of knowing. She was also SSHRC PDG ranked #1 across Canada in that competition. In another stream of research, the resulting research outcomes advance the theorizing of women and leadership through the exploration of women’s aspirations to lead, women’s leader identity development, and tackling unconscious bias at the institutional and societal level.

Her research has received international acclaim and according to one reviewer: “Dr. Janzen Le Ber has dedicated her entire career to inspired and impactful research. She not only researches leadership, but indeed stands out as a model of leadership in the type of questions and approaches that help her entire community keep a step ahead of the grand challenges we collectively face.” 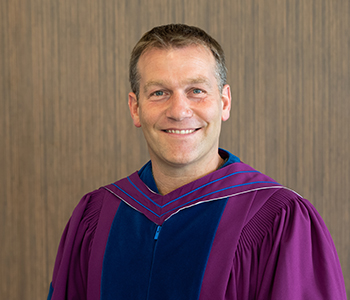 An accomplished researcher, Dr. Seabrook joined Brescia in 2014 after spending over 12 years as a biostatistician for the Department of Paediatrics and Children’s Health Research Institute at London Health Sciences Centre. His passion lies in research focusing on the social determinants of child health outcomes and how stress exposure and risk-taking behaviour impact health disparities. Dr. Seabrook’s recent publications have garnered significant attention from the media, with one study of >25,000 pregnant women showing a strong association between air pollution and preterm birth in Southwestern Ontario. Dr. Seabrook has authored an impressive 99 journal articles, received 27 research grants and won 9 research-based awards. Dr. Seabrook is also an Associate Professor in the Department of Epidemiology & Biostatistics and Department of Paediatrics at Western University. 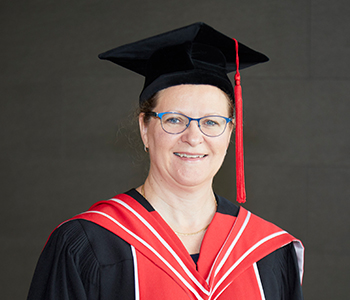 An accomplished leader, and Chair of the School of Food and Nutritional Sciences, Dr. Dworatzek is known world-wide for her research contributions to her field. She was the lead author for the Nutrition Therapy chapter of the Clinical Practice Guidelines for the Canadian Diabetes Association. This major revision of the Clinical Practice Guidelines has resulted in changes to the clinical practise in Canada and has driven changes in nutrition guidelines internationally. In addition, Dr. Dworatzek has undergone and authored pioneering research on the packed lunch intake of children on the Balanced School Day. This study resulted in many research recognitions, both locally and nationally.

Since arriving at Brescia in 2007, Dr. Dworatzek has instilled her passion and enthusiasm in both her students and colleagues alike. This passion was realized through the formation of a peer nutrition education program known as FRESH, at Brescia and Western University. This collaborative and innovative program, created with Brescia professor Dr. June Matthews, has now won several awards.

Dr. Dworatzek, as an author or co-author, has 20 papers published in refereed journals, five academic reports, 25 published abstracts, 12 invited presentations and 43 conference presentations – internationally and nationally. For her vast contributions to her field, Dr. Dworatzek was recognized by Dietitians of Canada (DC) as a recipient of the DC member Recognition Award in 2016 and was named a Fellow of the Dietitians of Canada (FDC) in 2018. 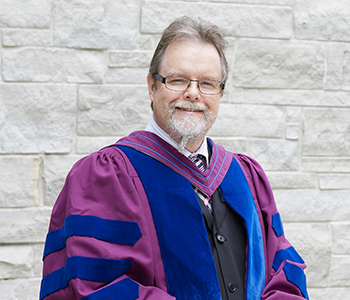 Dr. Grace holds an Honors B.A. in English and Theatre from the University of Toronto and a Master’s Degree and Ph.D from Western University. Beginning his research trajectory as a medievalist specializing in Chaucer studies, Dr. Grace’s research interests have now broadened to encompass comics/graphic novels, contemporary Canadian science fiction and television. Because of his passion and active research, he is often characterized as being “amongst the top tier of scholars working in these areas.”

Senior Canadian and international scholars have commended Dr. Grace for his extensive range and diversity of work and its important contribution to preserving and understanding cultural worlds that can be ephemeral. One scholar applauded Dr. Grace for his efforts in helping to “make visible to comics scholars and serious comics readers just how important Canada has been to the history of comics, and how different the trajectory of comics has been in Canada.”

Dr. Grace has a strong publication record of single-authored, peer-reviewed and refereed articles, as well as dozens of scholarly and popular culture reviews. Since 2013, he has been the author of one monograph, The Science Fiction of Phyllis Gotlieb: A Critical Reading (2015) and co-editor of three Conversations volumes for the University Press of Mississippi, with three additional co-edited volumes in press. 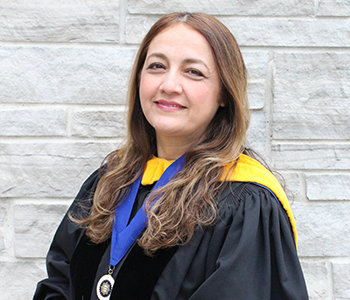 Internationally recognized for her research, she has dedicated more than 25 years to investigating the benefits of probiotic yogurts. Dr. Hekmat and her research collaborators from Brescia and Western University have received numerous grants to conduct various clinical trials among patients who suffer from conditions such as IBD, HIV/AIDS and seasonal allergies.

In 2011, Dr. Hekmat received the Dean’s Award of Excellence-Team Award from the Schulich School of Medicine and Dentistry, which recognizes exceptional achievement by a team in areas including research, education, administration, innovation and public service. In 2015, she received the Founding Contributions to Western Heads East Award and was honoured at the Africa-Western Collaboration Day at Western University hosted by Western International, Western Heads East (WHE), The Africa Institute and a number of African community organizations. Dr. Hekmat’s collaborators state that they have been “very fortunate to have had her knowledge of nutrition science and probiotics.”

In addition to her innovative research, Dr. Hekmat’s teaching is as equally outstanding, having trained and mentored numerous Brescia students, who have gone on to successful careers and professional programs in related fields. Over and above preparing them for their future careers, her students have described her teaching as “outstanding,” “warm” and “inspiring.” 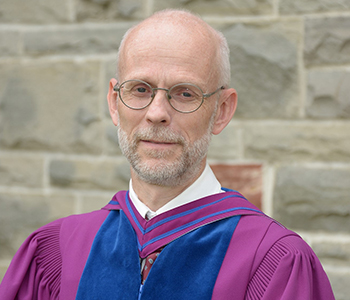 Dr. James Doelman, a faculty member of Brescia’s Department of English since 2001, was named the holder of the inaugural Award for Excellence in Research for 2015. This new award was established in 2014 by the Office of the Vice-Principal and Academic Dean, with the objective to recognize outstanding research and scholarly accomplishments of a Brescia faculty member. Dr. Doelman’s major research specialization is in the areas of 16th and 17th century English literature, and secondary area is in 18th century English literature.

Dr. Doelman is consistently committed to unearthing new discoveries and shedding light on previously unknown Early Modern Literary works.  His work in this area is described as “rare, innovative and changing the way in which we understand poets and poetry of the English Renaissance in the most foundational way.” Dr. Doelman has worked extensively on digitizing manuscripts from the Early Modern period, which has increased accessibility to these works for students and scholars alike.  His passion has inspired and engaged students, who he has successfully trained and mentored in manuscript editing and paleography.

He has held many internal research grants at Brescia and was awarded a five-year research grant from the Social Science and Humanities Research Council of Canada (SSHRC) (2003-2008) for his research on epigrams in early modern England. Dr. Doelman has a strong publication record of single-authored, peer-reviewed, and refereed articles, including three books. He is currently completing another book, The Epigram in England: 1590-1640, based on his research, which will be published later this year by Manchester University Press. Dr. Doelman also served as an Associate Editor of the online journal, Early Modern Literary Studies, and was very instrumental in the development of the journal.