Brescia University College began with an important mission led by the Ursuline Sisters of Chatham, Ontario in 1919. These bold and courageous women responded to a request from Bishop Michael Fallon to take the lead in creating a women’s only university, rooted in the Catholic faith and the first of its kind in Canada.

With a passionate commitment to social justice, community service and the development of women at the forefront, over the past 100 years Brescia has grown from seven students to over 1,500 students.

For over a century, Brescia continues to embrace the founding mission of the Ursuline Sisters by providing a student-centred education to its bold students. And, continuing to inspire them to lead with wisdom, justice and compassion in a changing world. 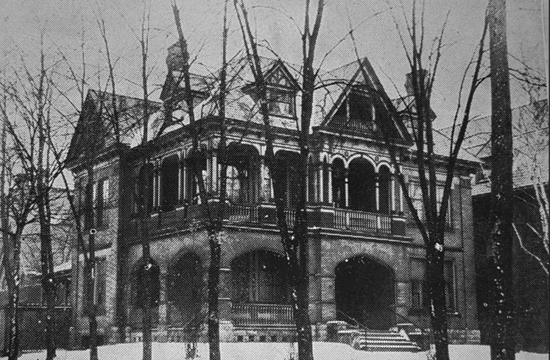 Between 1919 and 1925, the University was located in a converted house near Victoria Park at 556 Wellington Street in London, Ontario. As Brescia expanded, students, faculty and staff relocated to what is now known as Ursuline Hall at 1285 Western Road. This move was just the beginning of a growing university. In September 2019, Brescia opened a new $14 million dollar building, the Academic Pavilion.

The Beginning of Bold Education

Historically, Brescia’s primary programs and teachings were focused in the Liberal Arts specifically in Languages, History and Religion. Students had the opportunity, and continue, to take courses at Western University in multiple areas of study. Currently, there are 25 diverse programs offered, housed within four distinctive Schools of study at Brescia. They include: School of Humanities, School of Food and Nutritional Sciences, School of Behavioural & Social Sciences and School of Leadership & Social Change. Since inception, diversity and inclusion were always valued and embraced at Brescia. Students were immediately welcomed from the Caribbean, Latin America and Asia. Today, the University continues to celebrate a diverse campus as 13% of Brescia’s full-time students come from 36 countries around the world.

In the early 1920’s Brescia’s crest was designed with the motto of truth and faith.

“The Truth which it is the aim of education to pursue is to be acquired in an atmosphere of living Faith, and under the aegis of Faith.”